The story of Devin Alvarez from causemogirl on Vimeo.

#CauseMovers are influential leaders across industries, generations, and diverse backgrounds in the corporate, philanthropic and entrepreneurial worlds, who are redefining pathways to success, and are driving meaningful change in their businesses, in their personal lives and within the communities around them by are infusing their lives with a sense of mission. #CauseMovers invest time, treasure and talent in their communities to leverage, influence and forge transformative partnerships.

This is the story of my Son Devin Alvarez, he is the reason I became a #CauseMovers. 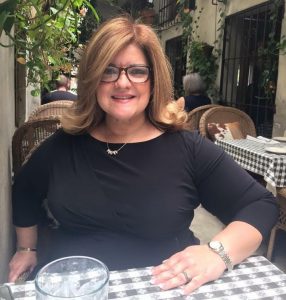 Mother, wife, causepreneur, publicist and radio show host, Rixys Alfonso is best known for her tireless efforts as a Community Activist. She travels throughout the United States as a frequent media spokeswoman giving a greater voice to the Hispanic community on issues impacting people with disabilities.

Alfonso has made appearances on local, state and nationally syndicated Television shows such as CBS’s The Doctors, TLC’s Amazing Medical Stories, Despierta America, and Primer Impacto. Her story has been mentioned in national print and online publications such as Good Housekeeping Magazine, Latina Style Magazine, CNN, Viva Internationale, Hispanicize and The Hill to name a few. She has also been an invited guest to The White House by President Barack Obama, and was recognized by U.S. Representative Debbie Wasserman Schultz, who in closing of her book For The Next Generation, acknowledges Alfonso by stating, "To fully illustrate the value derived from a life of service and community action, I will leave you with the story of Rixys Alfonso," followed by her story of triumph over adversity.

An innovator in creative strategy for connecting brands with causes and consumers, Alfonso founded CauseMo Marketing to drive cause-related initiatives and movement in key markets, and across the country. Alfonso leverages her vast network of diverse contacts to develop customized campaigns and support for her clients, while tapping in her broad range of knowledge and experience in entertainment, media, event management, marketing, fundraising, community development, social media, and public relations.

Alfonso hosts the Here’s Help Radio Show, a ground-breaking radio talk show that tackles pressing issues in our community. Established in 1969, the show is the longest running community service show of it’s kind in the South Florida Market and the first to focus on substance use and addiction. The show airs every Sunday at 6:00 AM on both Y-100 Miami & 103.5 The Beat. It focuses on issues impacting the South Florida Community. Each week the show features community leaders, opinion makers, elected officials and people who make a difference. To cater to South Florida’s diversity, the Here’s Help Show covers community topics that are unique to Miami-Dade & Broward Counties, and focuses the show’s programming to highlight issues & guests that are of interest to those listeners.

Alfonso has received many accolades in her career, she was named a “Hispanic Woman of Distinction” by Latina Style Magazine, one of the nation's leading publications for Hispanic businesswomen, she was chosen by ABC’s local affiliate WPLG Channel 10 as one of 2015’s Heart of South Florida Honorees, she has been recognized as one of the “100 Outstanding Women of Broward County,” she was also recognized by Governor Charlie Crist for her commitment to advocacy. Crist appointed her to serve a four-year term on the Florida Developmental Disabilities Council in 2010, and she was recently re–appointed for an additional term by Governor Rick Scott in 2015. She serves as President, of the FBI Miami CAAA Board of Directors, as well as other local non-profit organizations.

Through her career, Alfonso has played a key role in the production of numerous marquee events and marketing campaigns. Consistently over-delivering for her clients and contacts has kept her at the top of her game, and afforded her the opportunity to help many others. Her commitment to enhancing the community is routinely demonstrated through her key role in the successful implementation of education programs, community awareness forums, and youth initiatives, local, state, & federal legislation.

Devin Alvarez is an extraordinary 19-year-old Advocate, Community Activist and Motivational Speaker who has undergone 44 surgeries related to Sprengel’s Deformity, a rare disease in which the shoulder blade is displaced upward, causing skeletal and muscular deformities and medical complications.

Alvarez’s story has been featured on local, state and nationally syndicated Television shows such as CBS’s The Doctors, TLC’s Amazing Medical Stories, Despierta America, and Primer Impacto. His story has been covered in national print and online publications such as Good Housekeeping Magazine, CNN, and The Hill to name a few.

Alvarez has been invited to speak at the FDA (U.S. Food & Drug Administration) Pediatric Devices National Workshop, at the Dan Marino Foundation Annual Dinner, and was selected by the National Organization of Rare Disorders as one of the three 2016 “Portraits of Courage Honorees.”  In June of 2016, the Miami-Dade County Mayor and Board of Commissioners Proclaimed June 2nd in Miami-Dade County as Devin Alvarez Day, an honor bestowed to Alvarez for his courage and advocacy movement.

Devin attributes his strength and courage to his mother, Rixys Alfonso, and music.  He aspires to one day be the face of hope for people who are going through difficult times, and to reach people through his activism and poetry.