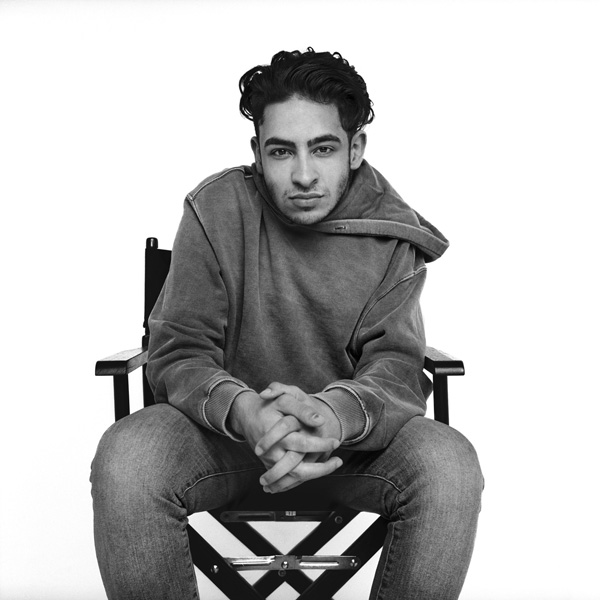 When Devin Alvarez was just three years old his story captivated South Florida as his mother, Rixys Alfonso made public plead via media outlets for support to get her toddler into a clinical trial that was being held at the Christus Santa Rosa Children’s Hospital in San Antonio, Texas because her toddler had been diagnosed with a terminal illness.

As Armando Gutierrez, Sr. was watching the local evening news, he saw Devin’s story and immediately called the station and offered to help Devin. The next day he met Rixys and Devin outside of a Miami radio group and put Devin and Rixys on every radio station in the building to help spread the word for his life saving medical needs. He then helped Rixys and Devin get on an international Spanish television show and Devin’s story went global.

Fast forward 18 years later, the Gutierrez family have become next of kin to Devin and his mom. Now, the story repeats itself, only this time it’s Film Producer, Armando Gutierrez, Jr. who cast Devin in his all-new movie Trico Tri: Happy Halloween, a witty Spanglish comedy where Devin plays DJ Guayaba in the movie Halloween scenes.

The movie filmed in Miami in an old abandoned house, the Bradford home, a haunted house that even Santeros are afraid to enter because of the paranormal spirits living inside. Unbeknownst to the new homeowners, a busybody neighbor called a ghost hunter. A hilarious turn of events unravels that pokes at Hispanic culture.

Kendall Vertes has been on the spotlight dancing since she was just 18 months old. She was one of the stars of the famous reality tv show, Dance Moms. Currently on a dance tour named the Irreplaceables. Kendall is loved by fans with an impressive following on social media.

Martha Picanes a Cuban actress with over 50 acting credits since stepping into the small screen at the age of 9.  A soap opera household name in Perro Amor, Demente Criminal and El Cuerpo del Deseo. Martha is also touring with ¿Que Pasa USA? Today, the theatre production.

Carson Rowland,  stars in the Nickelodeon’s “I Am Frankie”.  A great young actor with a large social media fan following.

Nick Merico starred in the popular Nickelodeon show, “Every Witch Way” and “The Haunted Hathaways”.

Film produced by Armando Gutierrez, a Cuban American from Miami, he plays the father figure that kept the rumors from his family regarding their new big beautiful house. Other film production credits include, Walt Before Mickey, and The Little Mermaid.